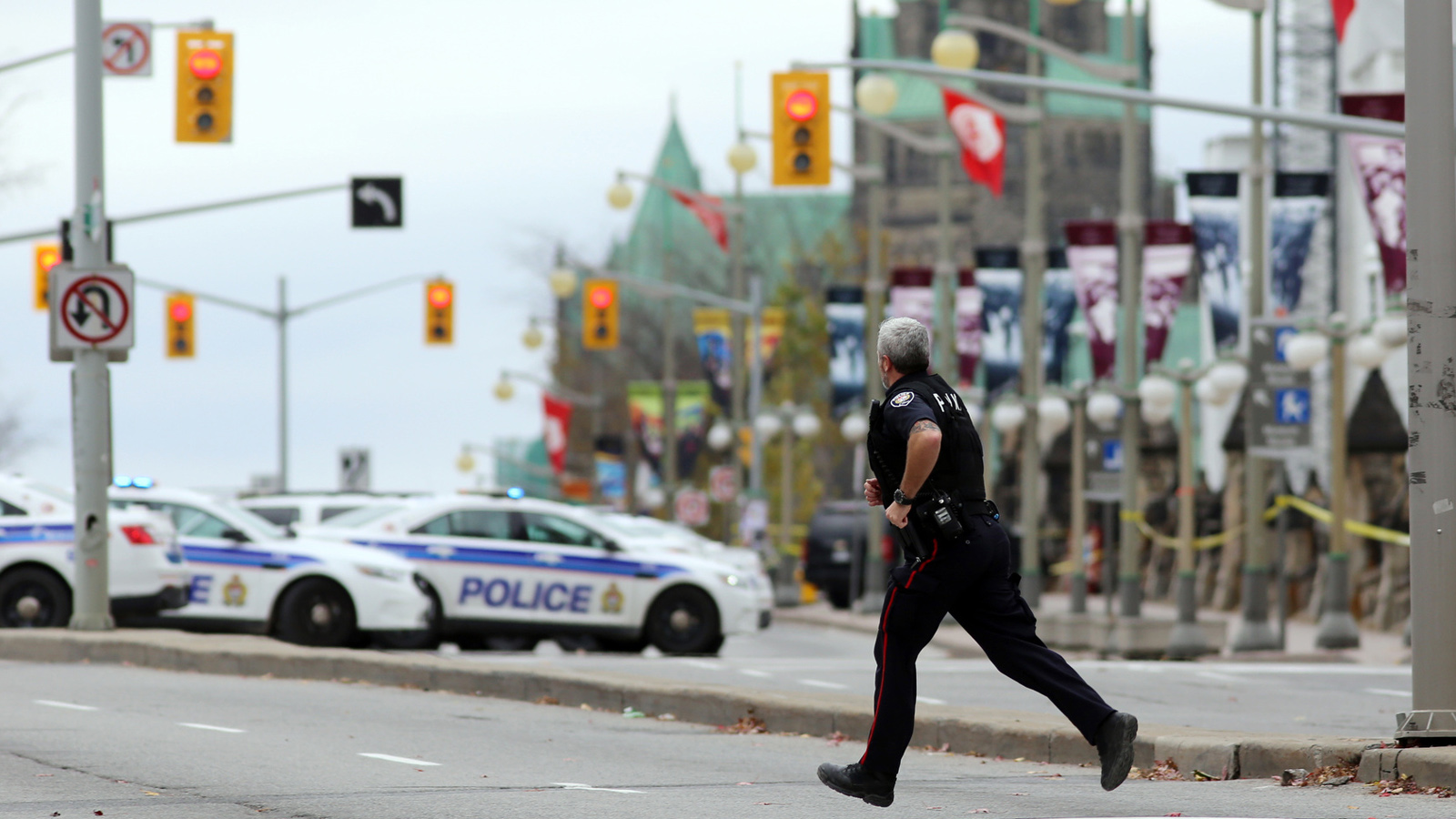 Canada’s history contains numerous chapters of domestic extremism. In Quebec the FLQ once terrorized the province by kidnapping politicians and bombing political targets. During the Oka Crisis tensions between the Indigenous and the settlers boiled over in dramatic waves of violence. Canada is no stranger to extremes on our soil and the most prominent form of violent ideological expression gripping our country today is Islamic Terrorism.

In recent years Canada has thwarted multiple Islamic terrorist attacks aimed at both government and civilian targets. The “Toronto 18” in 2006 were the largest known attempt at domestic terrorism. More recently, Aaron Driver was shot and killed in Strathroy, Ontario during a standoff with police over an investigation into Driver’s intention to carry out violent attacks in an urban area. Knowing that there have been multiple attempts to carry out major attacks in recent years, and knowing that a few, such as Corporal Nathan Cirillo, have in fact been killed by domestic terrorists, it is reasonable to question the safety of Canadians.

Canada has been fortunate to escape the worst of the violence that has assaulted countries such as France, Britain, Germany, and the US. (Not to mention the countless attacks in North Africa and the Middle East.) There are many reasons for this absence such as our geopolitical position, our distance from the Middle East, our less significant role in international relations, our more multicultural society, and the successful work of our intelligence and security forces.

Canada compared to many other Western nations has very low domestic radicalization. Islamic communities within Canada do not tolerate extremism and are often integral to investigating and highlighting potential threats. The concerns of a Toronto imam directly lead to the arrests of Chiheb Esseghaier and Raed Jaser who planned to derail a VIA rail train from Toronto to New York. Following the arrest of Aaron Driver the London Muslim Mosque released a statement sharing that they knew about Driver’s potential for violence and that they actively informed the police in London, Ontario.

Muhammed Robert Heft has argued that when Muslim communities face troubled individuals harbouring dangerous ideas that they should not be turned away from social circles and Mosques. His Toronto-based foundation focuses specifically on “youth at risk” suffering from problems with mental health and/or social integration. He argues that by providing social services and showing compassion that this will lead someone away from isolation and away from dangerous ideas. His goal is to de-radicalize potential threats and to provide support for those struggling to find peace and stability. This pro-active mental health approach to de-radicalization is exactly what is needed. 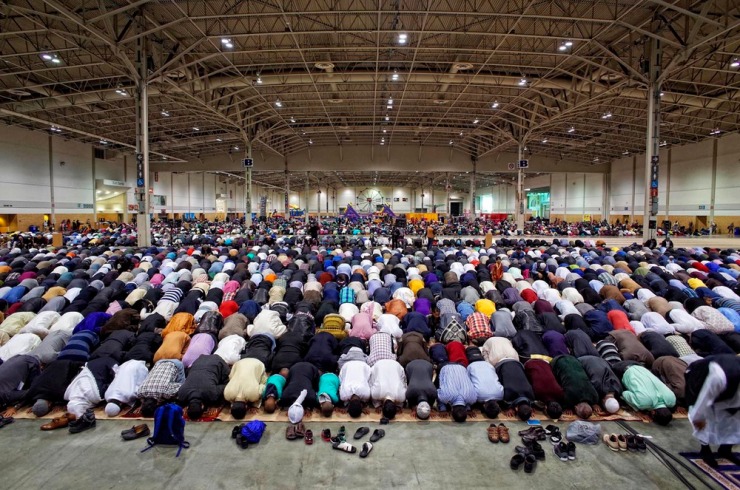 This trend of Muslim communities in Canada pointing out potential risks to law enforcement must be encouraged and nurtured. Extremists do not represent the majority of Muslims in Canada. Legitimate concerns and security risks regarding Islamic extremism should never degenerate into a climate where all Muslims are alienated and oppressed.

The long term changes necessary to stop all Islamic extremism are complicated and ultimately dependent on improving socio-economic conditions in the Middle East coupled with a reformative movement within Islamic communities and tribal regions encouraging secularization, modernization, and integration with a global civil society. In the short term we must continue to do what Canada has been doing. We must continue to work on resolving the problems of mental health and self-radicalization, and we also must continue to build strong ties with Canadian Muslim communities. Muslims worldwide are the biggest victims of Islamic extremism, they are both the most likely to be targeted, but also the most essential to identifying and resolving the problems and risks.

It is currently impossible to eliminate the threat of Islamic terrorism in Canada. It is very plausible, and even likely, that we will see another tragic attack on our soil as the months and years carry on. What is encouraging is that Muslim communities within Canada are eager to expel the violence, that radicalization is low in Canada, that refugees in Canada receive thorough and comprehensive vetting, and that our intelligence and law enforcement are diligent and consistently one step ahead.

It is important to highlight that while Islamic terrorism is a serious and prominent concern for Canadians, it is not the only, or even the deadliest form of violence. In the last decade the most violent attack on Canadians was the recent shooting at a Quebec Mosque in which Alexandre Bissonnette killed 6 and injured 20 more. This attack was not carried out by extremist Muslims, on the contrary, it was a mass shooting targeting moderate Muslims in their own place of worship and sanctuary. It is a stark reminder that simply because Islamic terrorism is the most common form of ideological extremism we see in our society it is by no means the only form that we should be concerned about. 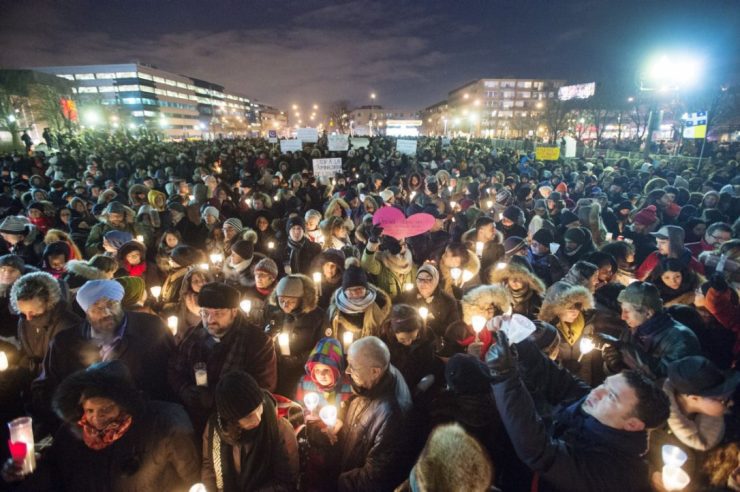 Crucially, if Canada is to alleviate the risk of terrorism, an honest, respectful, and collaborative effort must be made to work directly with Muslim communities within our country. Muslims and Non-Muslims in Canada depend on each other. Without each other’s support neither will be secure. By working together, communicating, and collaborating, together we can build a Canada that is truly peaceful, multicultural, and safe for all.